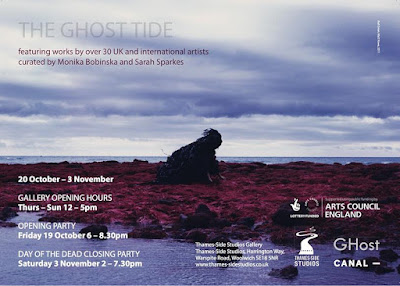 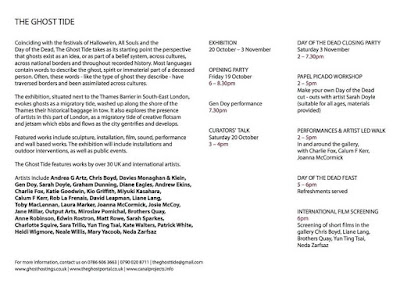 I will be selling hand printed La Pascualita confetti editions in the Ghost shop for the Ghost Tide exhibition. This hand printed confetti is perfect to throw at any wedding! La Pascualita is a famous corpse bride shop mannequin in Mexico. She is rumoured to be the shop owner's daughter preserved after she died from a black widow bite just before her wedding day in 1930 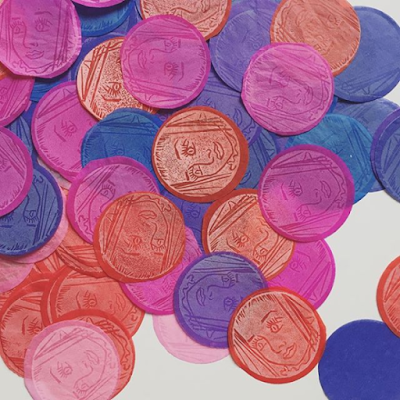 I am also very pleased to have been invited to do a Papel Picado workshop for the closing of the exhibition on Saturday the 3rd Nov from 2- 5pm. The workshop is suitable for all ages and there are other performances and walks to also take part in on this day.  Please take a look at the Ghost Tide invite image above for more info

OPENING PARTY Friday 19 October 6pm - 8.30pm
Gen Doy performance 7.30pm
The Ghost Tide - coinciding with the festivals of Hallowe'en, All Souls and the Day of the Dead - takes as its starting point the perspective that ghosts exist as an idea, or as part of a belief system, across cultures, across national borders and throughout recorded history. Most languages contain words to describe the ghost, spirit or immaterial part of a deceased person. Often, these words - like the type of ghost they describe - have traversed borders and been assimilated across cultures.