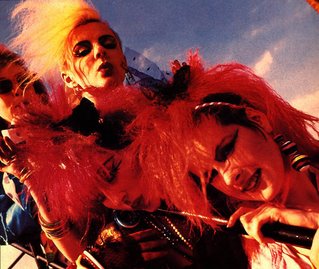 All the artists involved have chosen one of the bands that did a session for the lovely John Peel to make a piece of work about, I chose Fuzzbox