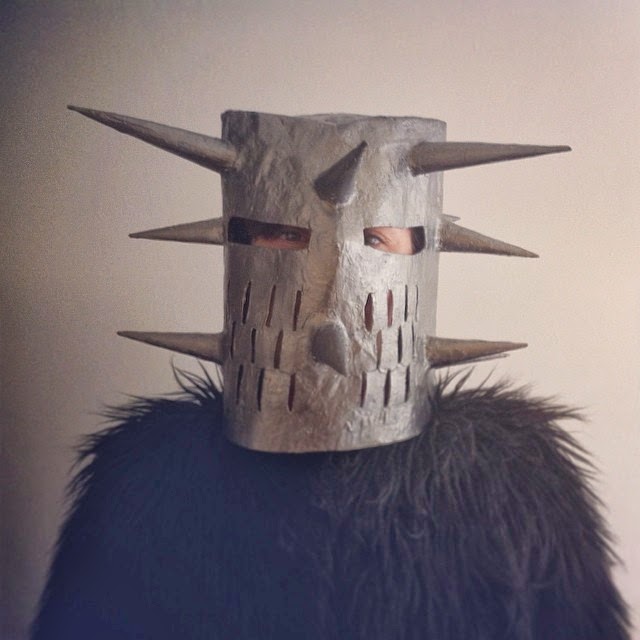 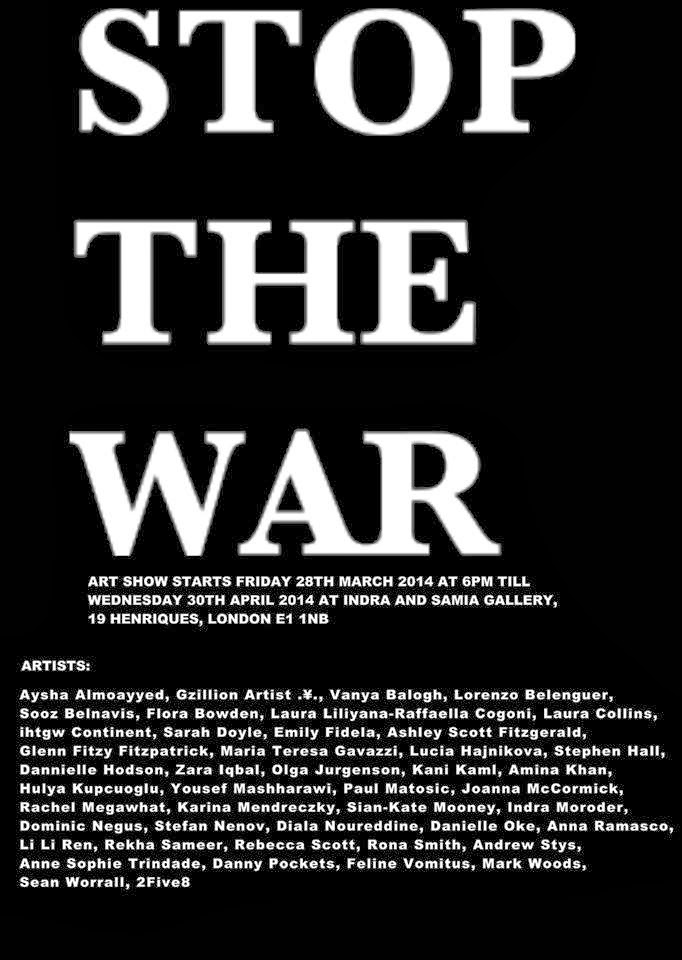 This art show is exhibited opposite FASHION IS FAKE art show. Both art shows exploiting the effects of imperialism and capitalism. Stop the war art show visually exposes inherent depiction of past and present war, through artwork by 47 artists from various backgrounds. Using mediums such as: photography, print, drawing, sculptor, sound, painting, video and photoshop. 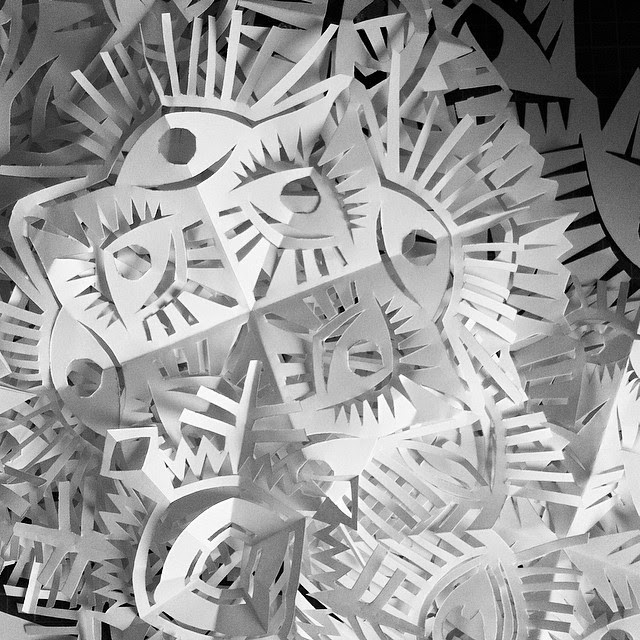 My work for Ghost at Camberwell Film Festival is inspired by the story "The Woman of the Snow" from the film Kwaidan. The story depicts the folkloric character of Yuki-onna, a ghostly female figure who inhabits snowy regions. The set design for this story in the film is filled with haunting images of the woman's eyes looking out from the snowy sky.
I have created snowflakes (or Sarah Doyle Doylies) inspired by these haunting set designs that incorporate this image

Here is some more information about Yuki-onna:
Yuki-onna appears on snowy nights as a tall, beautiful woman with long black hair and blue lips. Her inhumanly pale or even transparent skin makes her blend into the snowy landscape. She sometimes wears a white kimono, but other legends describe her as nude, with only her face and hair standing out against the snow. Despite her inhuman beauty, her eyes can strike terror into mortals. She floats across the snow, leaving no footprints (in fact, some tales say she has no feet, a feature of many Japanese ghosts), and she can transform into a cloud of mist or snow if threatened.


GHost is hosting two nights of classic ghost films at St Giles Church Camberwell as part of Camberwell Free Film Festival
These are FREE events. No tickets required, arrive early to get the best seats and enjoy the accompanying installation artworks and performances before the feature film commences.

The Innocents (Dir: Jack Clayton, 1961, UK/US, Cert 12A, 100 mins) is a classic British supernatural gothic horror film directed and produced by Jack Clayton. Starring Deborah Kerr in a career-best performance the film achieves its effects through lighting, music and direction rather than conventional shocks.
Miss Giddens (Deborah Kerr) applies for a job as a governess. It is to be her first position, but the wealthy bachelor interviewing her (Michael Redgrave) is unconcerned with her lack of experience. He values his freedom to travel and socialise and unabashedly confesses that he has “no room, mentally or emotionally” for his orphaned niece and nephew, who were left in his care as infants and live at his country estate. However, Miss Giddens slowly starts to convince herself that the house, grounds and two children in her care are haunted. The Innocents is based on the Henry James ghost story novella The Turn of the Screw (1898).

Kwaidan (Masaki Kobayashi, 1965, 185 minutes)  features dreamlike ghost tales adapted from Lafcadio Hearn’s collections of Japanese folk stories of the same name. This lavish, widescreen production drew extensively on director Kobayashi’s own training as a student of painting and fine arts. Toru Takemitsu’s innovative score compliments the extraordinary and beautiful visuals. This film is rarely screened – don’t miss it!
The film consists of four separate and unrelated stories. The Black Hair, Hoichi The Earless, In a Cup of Tea and The Woman of The Snow. We encourage you to stay and watch all four stories!