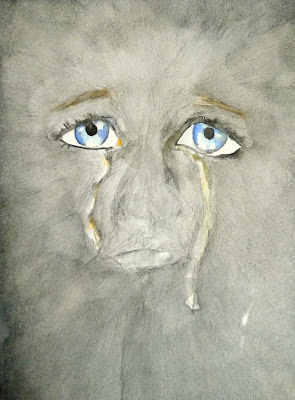 I have a painting in GHost CLHub curated by Sarah Sparkes and Ricarda Vidal at the Folkestone Trienalle hosted The B&B Project Space.
My painting is based on a story from a book called Ghosts Of Shepway written by Paul Harris
The story is about the ghost of a young boy at the Royal Norfolk Hospital:

‘A waitress rushing to and fro from the kitchen to the bar noticed a young boy in brown ragged clothing “like an urchin of Dickens’ time” sitting on the stairs. Twice she passed the boy by who seemed unnaturally still and quiet. When he was still there when coming back from delivering an order she asked if he was alright.

“He started to cry, and looked at me with tears rolling down his cheeks, his eyes were bright blue, and then he just vanished, right there in front of my eyes,” The waitress explained.